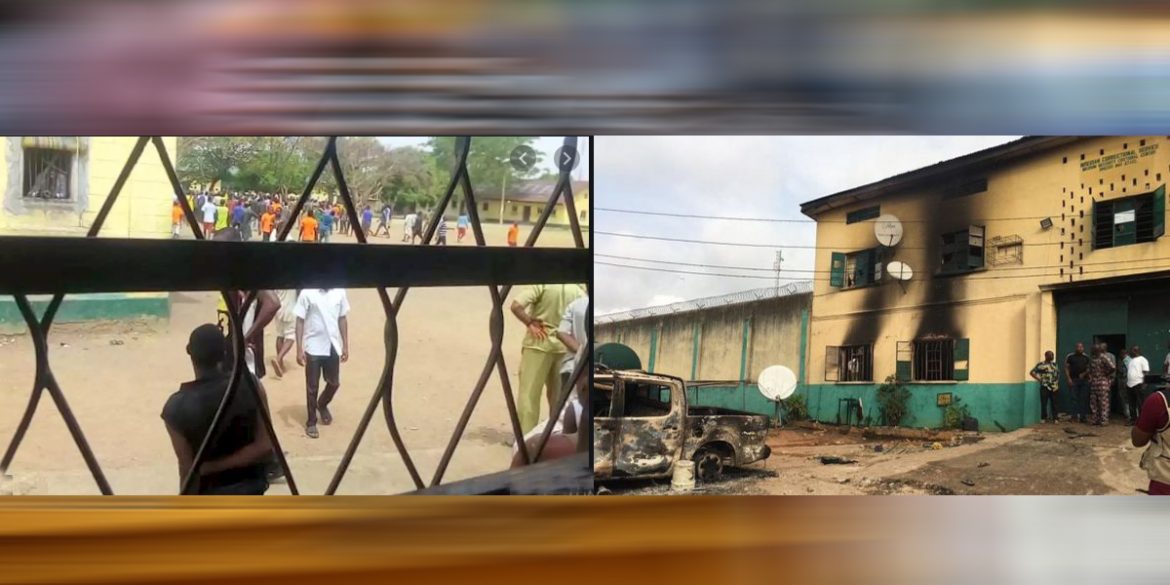 “At this moment, l cannot say how many students were taken away by the gunmen until l get there, but we have already mobilized security men and members of the vigilantatè who are now in pursuit of the abductors,” the commissioner stated.

No fewer than 2,000 inmates escaped on Monday morning in Owerri, the Imo State capital when suspected hoodlums attacked the Correctional Facility near the State Government House.

The hoodlums also attacked the Imo Police command headquarters where they freed another 600 suspects in custody.

They set the police headquarters ablaze with dozens of vehicles burnt in the process.

According to sources, the attack started around 1.30 am and ended around 3.30am without any resistance.

The Nation gathered the hoodlums converged in front of the Imo State Government House, circling the roundabout and chanting solidarity songs for about 30 minutes before setting out to attack the Police Command Headquarters.

They were said to have shot heavily as they approached the Command headquarters and launched attack on the State Criminal Investigative Department (CID) as well as the former SARS.

Officers on duty reportedly ran away as the hoodlums released every suspect in detention.

The only unit the hoodlums did not attack, The Nation gathered, is the anti-kidnapping unit located some meters away inside the police barracks at Shell Camp.

Sources said the hoodlums were heard telling the detainees and prisoners “you’ve been released because Jesus Christ is risen from the death today”.

After releasing the detainees, it was learnt, the hoodlums also bombed the building, setting dozens of vehicles within the Police Command ablaze.

After they operated unchallenged, it was further learnt the hoodlums moved over to the Owerri Correctional Centre, which they forced open with dynamites, freeing over 2000 prisoners.

A source told The Nation: “Out of the more than 2,000 prisoners we have here, only eleven refused to run away with others.

“I want to tell you that since I was born, I have never seen nor heard these kind gunshots that I heard early this morning.

“Our happiness here is that there is no casualty. Those who have gunshot wounds are receiving treatments in the hospital.’’