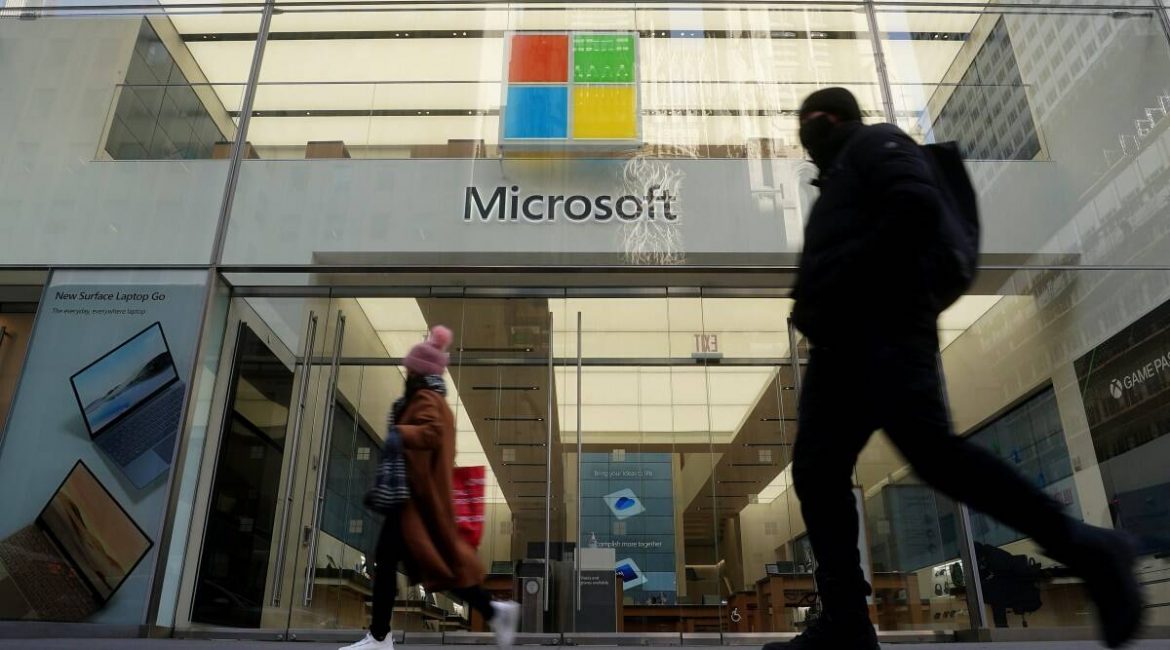 View of a Microsoft logo on March 10, 2021, in New York. John Smith-VIEWpress via Getty

Microsoft is planning to start reopening its Redmond, Seattle headquarters later this month. The software giant originally started encouraging employees to work from home more than a year ago, just as the coronavirus pandemic began, and the company’s main US offices have remained closed for months as a result. This will start to change on March 29th, with a limited reopening of Microsoft’s headquarters in Redmond, Seattle.

“Currently, Microsoft work sites in 21 countries have been able to accommodate additional workers in our facilities – representing around 20% of our global employee population,” says Kurt DelBene, Microsoft’s head of corporate strategy. “On March 29, Microsoft will also start making this shift at our Redmond, Washington, headquarters and nearby campuses.”

Microsoft says it’s taking this gradual approach in line with local authority restrictions, and that the company has determined that it can now safely accommodate more workers while sticking to Washington state capacity limits. “As we watch for progress against the virus in the region and continue to evaluate our guidance, employees who work at Redmond work sites or nearby campuses have the choice to return to those facilities or to continue working remotely, and also have the flexibility to do a mixture of both,” explains DelBene.

This is the very beginning of a reopening of Microsoft’s offices, as part of six stages the company outlined last year. This is stage four, or what’s called a soft opening, to allow more employees back. Stage five moves offices into open with restrictions, before stage six is fully open without restrictions.

Alongside this reopening, Microsoft is also focusing on a hybrid workplace as it anticipates a continued demand for remote working and flexibility among its own employees and elsewhere. Microsoft is releasing a 2021 version of its Work Trend Index, a report that includes data and research on how employees and businesses are responding to the pandemic.

Microsoft has found that 73 percent of workers surveyed want to continue with flexible remote work. Microsoft itself now considers working from home part time as standard for employees, and the company is looking into new ways of using technology to bridge the gap between remote work and traditional offices.

“We’ve pulled together a group of Microsoft researchers, engineers and real estate and facilities experts to prototype hybrid meeting spaces at our Redmond, Washington, and U.K. campuses,” explains DelBene. “The group is investigating different meeting configurations and technologies like multiple screens, cameras and mixed reality scenarios to understand the most effective, inclusive set-up for hybrid work.”

This work is still early, but Microsoft is prototyping tweaking existing technology to help with meetings and remote work, and even improving Microsoft Teams to bridge the gap. That may well involve turning all the screens in your home into Teams-capable devices, to allow home workers to see employees on the big screen. Microsoft hinted at this type of concept during its Ignite event earlier this month.

“Though we don’t know how far off a new normal is, we are adapting to a new way of working with an expanded understanding of flexibility,” says DelBene. “We know there are thousands of ways of working – in the last year our employees have shown what is possible – and we believe that flexibility is essential to maintaining work-life balance.”