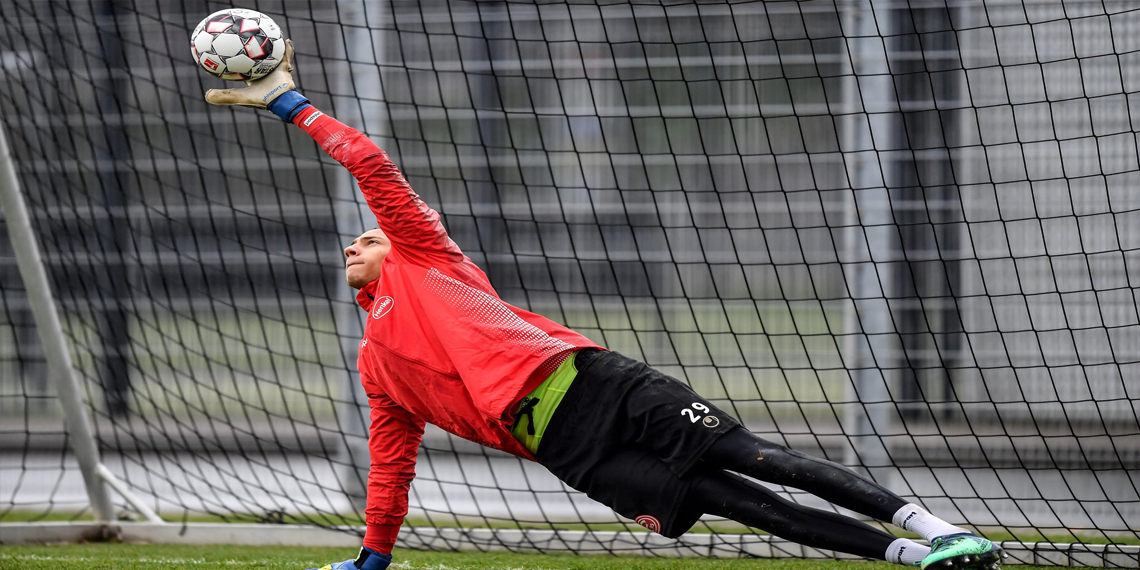 Nigeria goalkeeper Maduka Okoye says he’s ready for the Afcon qualifiers against Sierra Leone and hopes to be between the sticks for the game.

Maduka Okoye insists the Super Eagles will go all out for the maximum six points against Benin Republic and Lesotho respectively.

Okoye was in goal when the Super Eagles gave up a four-goal lead to draw 4-4 against Sierra Leone in Benin City last November.

He bounced back to keep a clean sheet during the second leg four days later in Freetown.

The 21 year-old said the aim of the Super Eagles is to win both matches.

“I’m looking forward to the game because I’m always honoured to represent my country and I’m trying to help the team and to get the win of course.”

“We can understand the disappointment from the last two matches against Sierra Leone, but we are going to work hard to six points in those two games,” Okoye told journalists on Tuesday.

Nigeria’s Super Eagles will travel to Porto Novo on Friday ahead of the Saturday’s showdown with Benin Republic, before returning home for the final Africa Cup of Nations qualifying fixture against Lesotho.