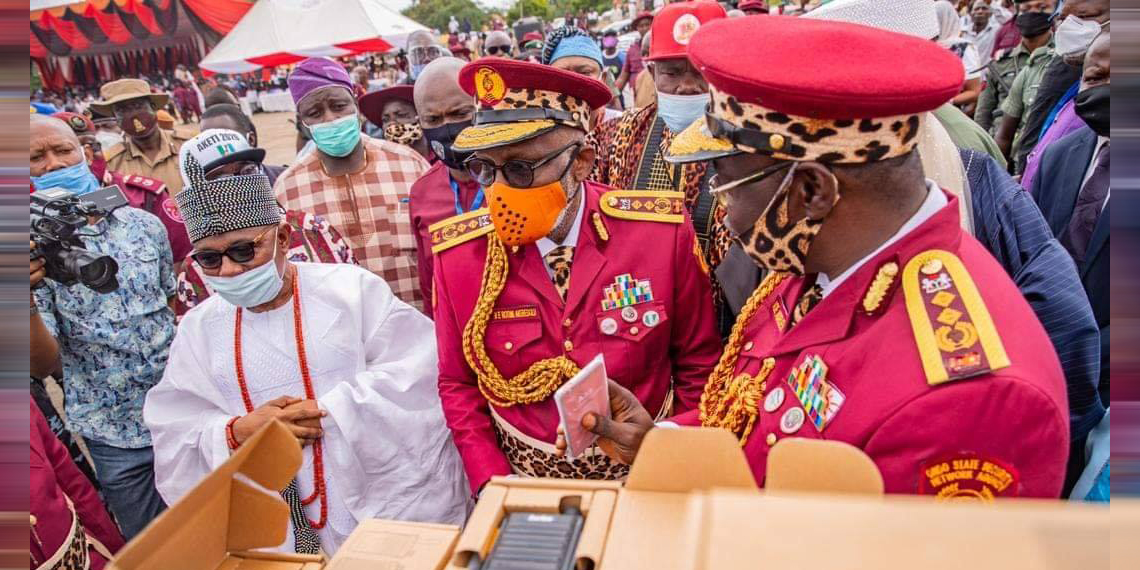 Barely 48 hours after men of the Ondo State Security Network, codenamed Amotekun Corps, seized more than 100 cows and arrested nine herders for violating regulation banning open grazing, men of the security agency yesterday seized another herds said to be over 120.

The cattle, according to the state Commander of Amotekun Corps, Chief Adetunji Adeleye, were seized from a farm at Ipinsa area of Ifedore Local Government Area of the state.

Adeleye said the action of the corps was sequel to a distress call by the people of the community, who alerted Amotekun that the cows were destroying their crops in the farms.

However, as the men of the corps were leading the cows to the Alagbaka headquarters of the security agency, there was confusion on the popular Oyemekun/Adesida Road.

While motorists violated traffic rule by driving on one way, the movement of the cows and the Amotekun Corps created a scene on the road as people were taking pictures and recording happenings with their mobile phones.

The onlookers were singing praises of the state governor for the decisive action against herdsmen, who lead their animal to destroy the people’s crops.

The state Governor, Mr. Oluwarotimi Akeredolu, had last Monday reiterated that the state would enforce the regulation banning the open grazing in the state, which also banned underage herders in the state.