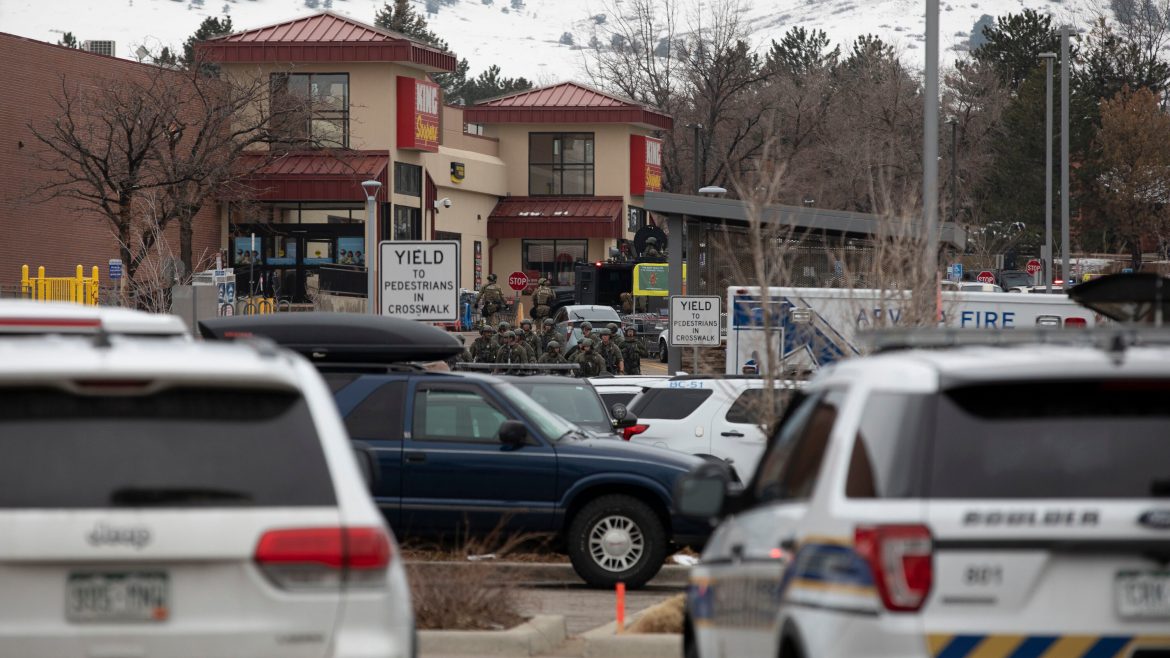 Ambulances and responders gather near the site of a reported shooting in Boulder, Colo., March 22, 2021.KMGH

Ten people including a police officer were killed on Monday in a mass shooting at a grocery store in Boulder, near the Rocky Mountains in northern Colorado.

Boulder Police Chief Maris Herold said that the 51-year-old officer, Eric Talley, was one of the first responders at the scene.

She called his actions heroic.

Boulder County District Attorney Michael Dougherty said that the alleged shooter was injured and in custody.

Herold said that police began receiving calls about shots fired and a call about a person with a “patrol rifle’’ at 2:30 p.m.

Talley was one of the first officers at the scene and was fatally shot.

“This is a very complex investigation that will take no less than five days to complete,’’ Herold said at a news conference.

CNN cited an unnamed senior law enforcement source as saying that the weapon used in the shooting was an AR-15-style rifle.

Police said that the names of the victims would not be released until their families notified.

The Boulder Police Department tweeted an alert about an active shooter at a grocery store at around 2:50 p.m.

Police said officers arrived at the scene within minutes of receiving a 911 call and entered building “very quickly’’. (dpa/NAN)