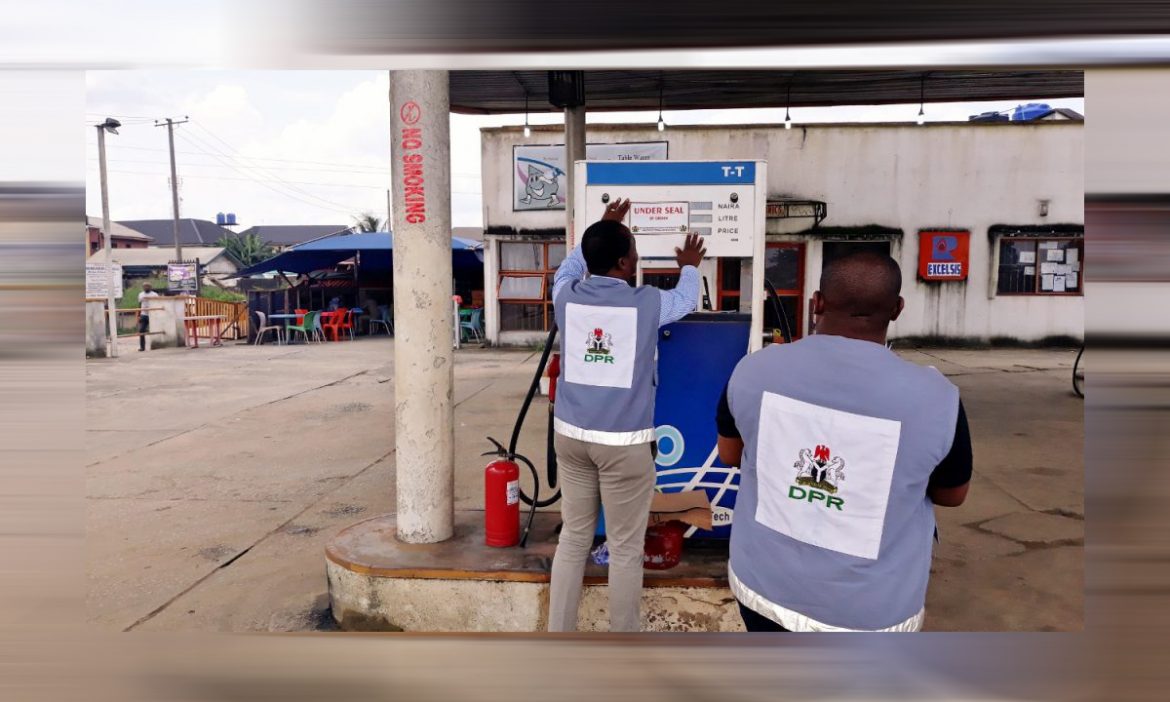 Five of the sealed stations were in Osogbo the state capital while the other five is located in Ile-Ife.

Speaking after surveillance and inspection of filling, the field office Controller, Mr Olusegun Ogunnubi said the agency is on a routine inspection to ensure that oil marketers did not unilaterally increase pump price against the directive of the federal government.

According to him, the pump price of petrol has not changed, it is between N162 to N165 and we are out to ensure compliance among minor and major marketers of the product.

He said the filling stations were sealed for various offences including operating with expired licence, under-dispensing to lack of safety facilities among others.

“We are out basically because prices of fuel are getting erratic and we are trying to tell the people that there is a specific price for petroleum and government has not changed it.

“And that is N162 to N165 which is the maximum for stations to sell the product. We have gone through many stations. One of the stations visited had no name, was operating without a license. Some stations were also caught under-dispensing.

“We call on people to report stations dispensing above approved prices and engaging in other sharp practices at our Osogbo office. We sealed ten filing stations in Osogbo and Ile-Ife between Wednesday and Thursday,

Ogunnubi further disclosed that the inspection would be a continuous exercise to ensure that masses are not unnecessarily cheated by marketers.