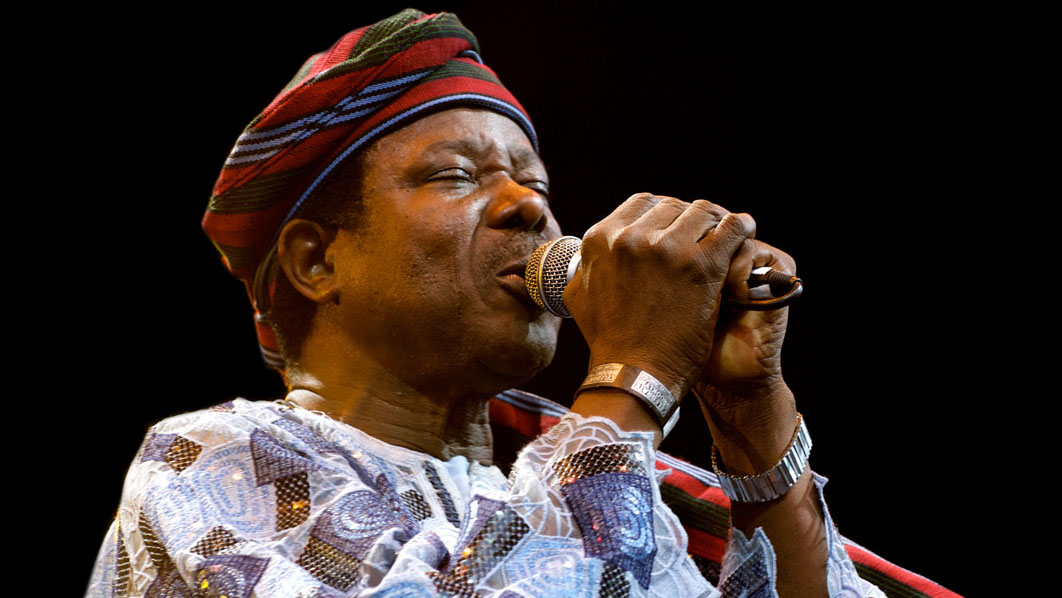 King Sunny Ade (KSA), said he bought his first guitar when he was 16 years old with personal savings and hid the instrument from his family who did not want him to go into music.

The Board of the Musical Copyright Society Nigeria Ltd/Gte (MCSN) has appointed music maestro, Sunday Adeniyi Adegeye, popularly known as King Sunny Ade as the Honourary President of the Society.

The appointment coincides with the rollout of the MCSN’s Gocreate app for the monitoring and reporting of the use of music on all platforms including digital, online and offline, within the territory of Nigeria.

King Sunny Ade was the chairman of the Board of MCSN during the turbulent period when the Society was struggling to be licensed as a collecting society or Collective Management Organisation (CMO). As chairman, the iconic musician led several delegations of MCSN to meet with ministers and top government functionaries to press for the recognition of the organisation as a collecting society.

He also led MCSN through series of legal battles for the respect and defense of the rights of musicians. Many of the cases have come out in favour of MCSN, even up to the Supreme Court. Therefore, the appointment was apparently in recognition and appreciation of the past leadership duties of King Sunny Ade to MCSN.

According to MCSN, in his new role, the King of World Beat as King Sunny Ade is also known, is expected to act as the Ambassador Plenipotentiary of MCSN, opening more doors of opportunities for the Society by leveraging on his wide experience and contacts around the world. MCSN is also expected to leverage on the vast experience and network of King Sunny Ade in pushing the cause of the Society.

Recall that MCSN launched the Gocreate app in the third quarter of 2020, in the peak of the first wave of COVID-19 pandemic. The app has successfully undergone series of test run and is now going live as the first African digital tool to assist Collective Management Organisations in the onerous task of monitoring, tracking, analyzing and accurate reporting of the use of music for equitable distribution of royalties to interested parties, who are members and affiliates of MCSN.

With the full deployment of the Gocreate app, the days of royalty distribution using human perception would become a thing of the past, while the regularity of the exercise would become frequent, as opposed to once in a year or many years as had happened in the past.

Speaking on the developments, the Chief Executive Officer of MCSN, Mr. Mayo Ayilaran, said, “the potential of MCSN is gradually being revealed to the Nigerian music and entertainment industry, particularly the creative sector. With time, it is certain that the locust years of the Nigerian music industry would be fully restored.”

Ayilaran said further that the amazing app is now available to all artistes, record labels, producers, writers, composers and publishers who are registered with MCSN. “Members are invited to download the Gocreate Africa app now on Google Play Store and App Store or Web through www.gocreateafrica.app to register and upload their music to enable proper monitoring, collection and distribution of their royalties,” he concluded.

King Sunny Ade will be inaugurated as MCSN’s president on a date to be announced later.