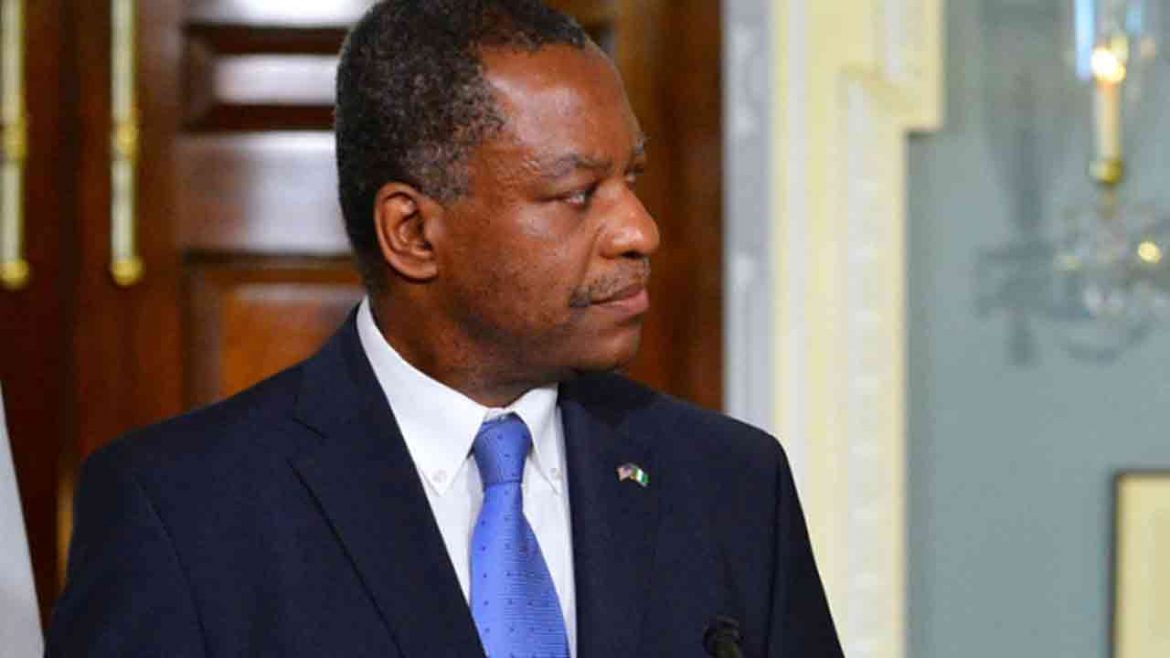 Minister for Foreign Affairs, Geoffrey Onyeama has said that the Nigerian Government would use the Forum of the UN General Assembly (UNGA) to seek global support fighting terrorism and increasing Foreign Direct Investments (FDI).

The Minister of Foreign Affairs, Geoffrey Onyeama, has presented a Bachelor of Medicine, Bachelor of Surgery (MBBS) degree certificate to Mrs Lu’ubatu Umar Aliyu, who had been abandoned in Egypt by the Government of Bauchi State.

Aliyu, a student of Ain Shams University, Cairo, Egypt, newsmen learned, was among 23 students in Bauchi awarded scholarships to study medicine by the Isa Yuguda administration in 2012.

Aliyu, who finished her studies about four years ago, had her certificate withheld because the succeeding government in Bauchi State did not meet her financial obligations to the Ain Shams University.

Succour, however, came the way of Aliyu when Governor Babagana Umara Zulum visited Egypt and offset the fees as a result of the intervention of the Nigerian Embassy in Egypt under the leadership of the Charge d’Affaires, Bashir Ibrahim Ma’Aji.

Speaking during the presentation ceremony, Aliyu expressed gratitude to God for witnessing the day in her life, having gone through life’s challenges during her studies in Cairo, Egypt, as a student, wife and a mother.

‘Alhamdulillah! I will like to thank His Excellency, the Governor of Borno State, my mentor, Professor Babagana Umara Zulum.

‘Your Excellency, thank you very much. Today, you have stopped the entire waiting for my collection of the certificate, the MBBS certificate.

‘I really appreciate what you did to me and I will never forget this effort, Sir. I pray the Almighty Allah to restore peace in Borno State and the entire nation, Nigeria,’ Aliyu said at the ceremony.

Aliyu further expressed gratitude to her husband who supported her throughout the course of the journey and prayed that he be reward abundantly.

In his remarks, Minister Onyeama expressed appreciation to Ma’Aji, saying that the development highlighted the very positive things that the Nigerian embassies, missions and diplomats are doing to assist Nigerians in distress abroad.

‘So, here we have a Nigerian sister of ours who had some difficulties getting her certificate and the embassy was able to be proactive.

‘We extend our gratitude to the Governor of Borno State, Governor Zulum, for also his very timely and very generous intervention to help the Nigerian Embassy to address the situation,’ Onyeama said.

Onyeama also told Aliyu that the situation spoke to her determination as she persevered notwithstanding the difficult challenges that she faced.

‘So, we also commend you for not giving up and it is a thing of great joy that you have been able to get this degree certificate from Ain Shams University, a reputable university in Egypt,’ Onyeama stated.

Speaking earlier, Ma’Aji said Aliyu completed her studies about four years ago but due to the challenges from her sponsor she had to leave the certificate for about four years.

‘And luckily for us, last year in October, His Excellency, the Borno State Governor, Professor Babagana Umara Zulum, was in Cairo on official assignment and in our usual discussion with him he asked us about the challenges Nigerian students faced in the Arab Republic of Egypt and we appealed to him to come to the rescue of Dr Lu’ubatu Umar Aliyu who has graduated and passed her medical studies in Egypt, but could not get her result due to financial difficulties and also the failure of her sponsor.

‘And the Governor of Borno State, Professor Babagana Umara Zulum graciously accepted the appeal of the embassy and sent us a total sum of $8,000 to facilitate the collection of her result,’ Ma’Aji said.