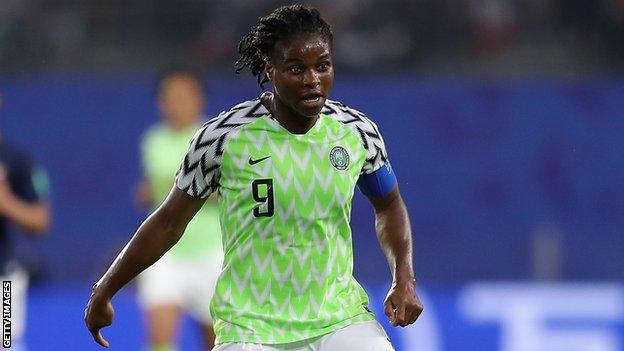 Desire Oparanozie has said she was not shocked she was left out of the Super Falcons squad for the Turkish Cup, while hinting it may not be unconnected by a pay strike at the 2019 World Cup.

“I did what I felt was right. Even if that’s the only thing I did, I’m very happy,” she defended her stance then.

However, NFF spokesman Ademola Olajire said the decision not to select Oparanozie was the decision of new coach Randy Waldrum.

“Oparanozie is still part of the team’s plans and her non-inclusion has nothing to do with that protest in France because she was not the only one involved,” he told the BBC.

“Selection of players is predominantly the prerogative of the coaches and not the NFF.”

The Super Falcons will next week begin their Turkish Cup campaign against Uzbekistan, before they take on fellow Africans Equatorial Guinea.