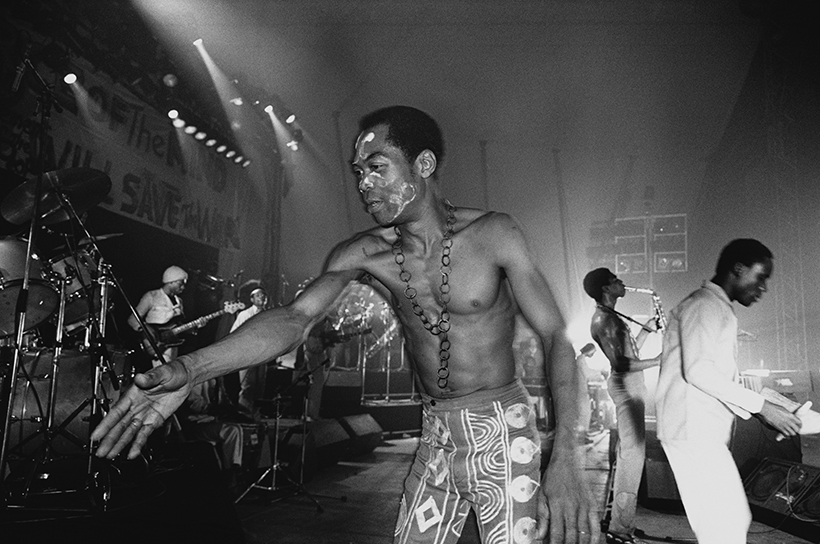 The late Afrobeat legend, Olufela Olusegun Ransome-Kuti popularly known as Fela Anikulapo Kuti has been nominated alongside other musical icons for the 2021 Rock & Roll Hall of Fame.

Through his music and human rights activism, Fela campaigned against military rule and corruption in Nigeria.

The list had 16 nominees in total for its 2021 class of inductees.

The inductees will be announced in May after a public vote which closes April 30.

They’ll be honored at the 2021 Rock & Roll Hall of Fame Ceremony in Cleveland, Ohio.

ADVERTISEMENT
Other nominees who reached the eligibility zone (which requires nominees have a catalogue dating back at least 25 years) long ago but are just making their first appearances include Dionne Warwick, Iron Maiden and the Go-Go.

Jay-Z and Foo Fighters also made the list for the first time as they both released debut albums in 1995.

Other nominees for the 36th annual class are Mary J. Blige, Kate Bush, Devo, Chaka Khan, Carole King, LL Cool J, Rage Against the Machine, Todd Rundgren and Tina Turner, while the “ultimate inductees” will be revealed in May.

Nigerian celebrities including Donjazzy, Burna Boy, Banky W, Mr Macaroni, and many others took to their different pages to canvass for votes to support

@Mrmacaroni said, “I humbly call on my amazing followers here to cast a vote for the Legendary Fela Kuti to be inducted into the Rock N Roll hall of fame.”

@Donjazzy said, “Come on Nigerians ! We can do this. This is our Baba Fela we are talking about o. Vote for Fela Anikulapo Kuti for a well-deserved place in the Rock and Roll Hall of Fame