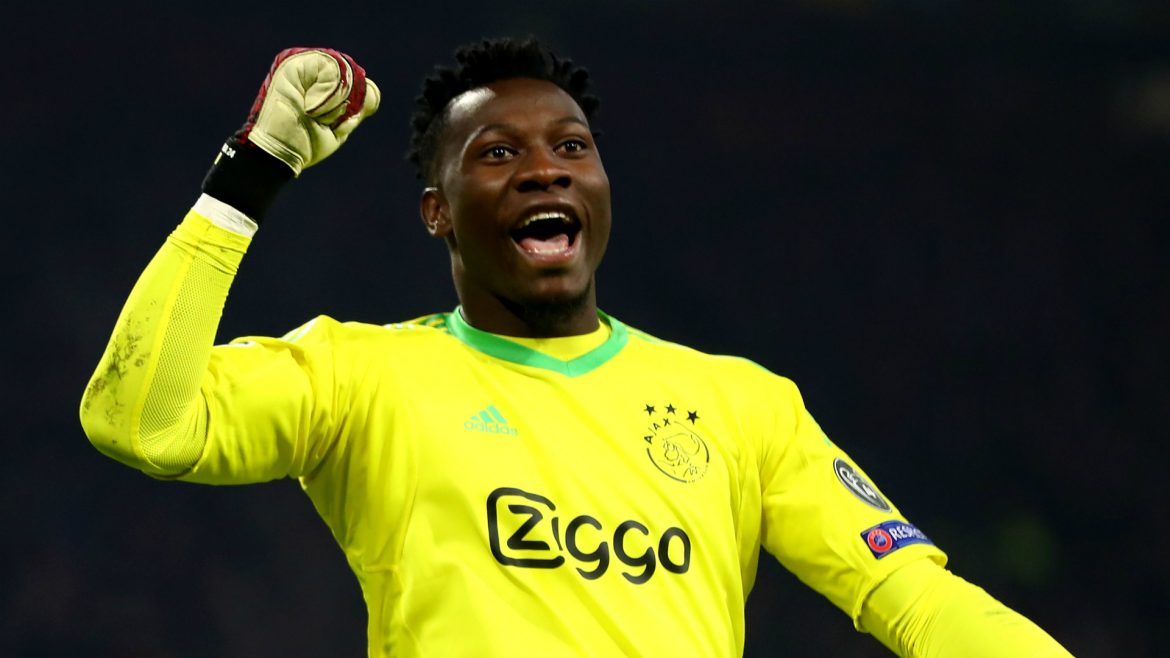 Andre Onana was backed by his Ajax team-mates – who donned his shirt in support after he was banned for doping. Rex Features

The Dutch side’s No1 was slapped with a one-year ban by Uefa for failing an out-of-competition doping test.

The shot-stopper mistakenly took his wife’s pills when feeling unwell, believing them to be a ‘simple aspirin’.

Banned substance Furosemide was found in the former Chelsea target’s urine in October.

The 24-year-old Cameroon international was pictured smiling in the stands as his team-mates paid tribute before the 2-1 win in the KNVB Cup quarter-final.

Former Fulham and Everton keeper Maarten Steklenburg was between the sticks in Onana’s absence.

After the match, manager Erik ten Hag was asked whether his team was right to show such public support for someone who had fallen foul of doping regulations.

On ESPN, he said: “It’s awful what he has to go through. We feel sorry for him, and we sympathise with him, and we want to give him support.

“Even if he makes a mistake you can still support him. Let him who is without sin cast the first stone. We love him and he’s still part of the dressing room.

“There must be extra motivation to bring in trophies because he has a big share in taking us this far.”