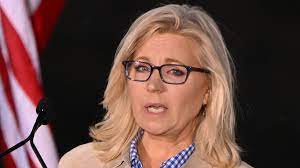 Voters in the US state of Wyoming have ousted congresswoman Liz Cheney, a rare Republican critic of former President Donald Trump, in a primary election.

She has been trounced by a relative political newcomer and Trump-backed candidate, Harriet Hageman.

Ms Cheney, 56, was one of only two members of her party to join the congressional committee investigating Mr Trump’s attempts to cling to power.

The three-term congresswoman was once a rising Republican star.

All 10 Republicans who voted to impeach Mr Trump after his supporters attacked the US Capitol building in January last year have been targeted in a scorched-earth campaign of revenge.

So far, four have retired, and now four have been defeated by his chosen candidates in primary ballots in the states of Wyoming, Washington, Michigan and South Carolina.

Only two have successfully maintained their places on the Republican ticket for re-election.

The daughter of ex-Vice-President Dick Cheney, Ms Cheney was the last of the 10 to face the Trumpian assault.

Elsewhere, Republican Sarah Palin – who is eyeing a political comeback – has advanced to November’s election in Alaska in the race to represent the state in the House of Representatives.

Ms Palin, 58, rose to prominence as a vice-presidential candidate in 2008. Donald Trump is her key ally and supporter.

This year Alaska’s party primaries have been replaced with open primaries in which the top four candidates go to the general election.

In the state’s Senate race, Republican Senator Lisa Murkowski, 65, who has defied Mr Trump, is through to November’s poll.

One of her opponents will be Trump-backed Kelly Tshibaka, 42.